Catholic emblems and symbols appear as early as the 18th century on headstones, memorials and grave markers. At first, symbols often represented an area of work or trade. As time has moved on, more elaborate symbols developed to represent a loved one’s legacy. The most common use for Catholic headstone symbols today is to represent the beloved’s personality.

Catholic emblems and symbols appear as early as the 18th century on headstones, memorials and grave markers. At first, symbols often represented an area of work or trade. As time has moved on, more elaborate symbols have developed to represent a loved one’s legacy. The most common use for Catholic headstone symbols today is to represent the beloved’s personality.

Catholics have been incorporating their beliefs in death into headstones for centuries. Early symbols were often a reflection of the person’s trade or an aspect that they valued, but as time has progressed and Catholicism spread throughout different areas, more elaborate marks are used to represent aspects about the loved one’s personality. Symbols such as praying hands represent prayerful thoughts while angels symbolize peace after passing away.

The humble Catholic headstones are often the first thing in a cemetery that visitors see, and Catholic emblems are an important part of what they will learn about. Emblems can represent many things from personality to trade or work area; however as time moves on these symbols have come to reflect more than just a person’s occupation.

The most common use for Catholic headstones today reflects how loved ones want their legacy remembered, so you might find roosters near someone who was known for being friendly like Saint Francis while another may feature flowers because she always had such kindness around her home with children frolicking happily nearby.

IHS (sometimes IHC) is an abbreviation of Jesus’ name in Greek, anglicized as Ihsus, Ihsoys or Ihcuc. This symbol is generally seen engraved on crosses. Often the letters are overlaid on each other.

The gates are open

In Christian funerary symbolism, gates represent the passage from one realm to the next. In scenes of the Last Judgement, gates are always central in the picture.

Known as the crux dissimulata, the anchor is the symbol of hope. The anchor is actually a cross in disguise (the bottom open curve represents receptivity to spiritual matters). When Christians first started practicing their religion, they had to do it under a veil of secrecy, lest they be persecuted for their beliefs. The anchor was one way Christians could broadcast their religion to other followers without being discovered.

lilies of the field

Lilies are symbols of innocence, purity and virginity. They symbolize the surrender to God’s will and grace, as in Matthew 6:28, “Consider the lilies of the field, how they grow; they toil not neither do they spin.”

A rose has many meanings

The dogwood has long symbolized Christ’s Passion, but it is also a delicate reminder of spring and regeneration.

Although the form of the willow suggests grief and sorrow, it also suggests immortality. In Christianity, it is associated with the gospel of Christ because the willow will flourish and remain whole no matter how many branches are cut off.

Worthy is the Lamb

In many cases, lambs mark the graves of children and infants. They symbolize innocence. Christ is frequently depicted as a shepherd, but he is also referred to as the lamb of God as in John 1:29, “Behold the lamb of God, which taketh away the sin of the world!”

The cardinal: a symbol of hope

The cardinal represents the fire and vitality of the living spirit, as well as the living blood of Christ. Both cardinals and blood have long been symbols of vitality, and in the Christian context, that vitality is everlasting. “By His blood we are freed from sin to serve the living God, to glorify Him, and to enjoy Him forever.” Traditionally, the cardinal is symbolic of life, hope and restoration.

A dove stands for the peace of the departed soul. In ancient examples, it often bears an olive branch in its beak, symbolizing the hope of the Resurrection.

Two doves on a funeral monument sometimes signify the conjugal love and affection of the parties buried there.

The dove in flight is the symbol of the Ascension of Christ or of the entry into glory of the martyrs and saints. It also signifies the Christian soul — not the human soul as such, but the soul as indwelt by the Holy Spirit. Therefore the Christian soul is especially seen in the soul as freed from the toils of the flesh and entered into rest and glory.

The wedding rings symbolizes the unity, completeness and eternal love for one another.

The shamrock of St. Patrick

Saint Patrick, Ireland’s patron saint, is said to have used the shamrock as a metaphor for the Christian Holy Trinity.

The hands are clasped together and held before the heart; it is a symbol of submission and sincerity. 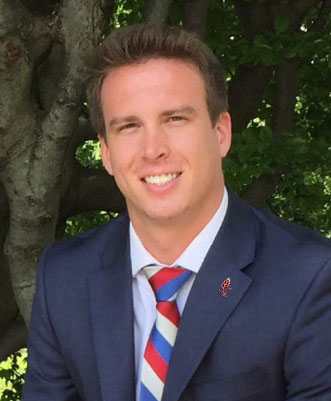 I visit the cemetery everyday on my way home from here, and I want to thank you for facilitating a wonderful memory for me and my family.  I am very pleased with the photo.  Thank you so much for your assistance.

Thank you for giving me such a peaceful place to remember my daughter and father. Terrific staff!

Thank you for the help in obtaining a grave marker for our uncle John. Your efforts were exceptional and key in getting us through the paperwork hurdle of the VA. Our entire family wishes to express our appreciation.

I wanted to thank you sincerely on behalf of my family and myself for helping us at a very difficult time. As hard as it could have been, that all seemed to disappear under your guidance, and my daughter and I couldn’t be more grateful. You showed us the perfect resting place, that was such a relief. Thank you for being there for us as Jim was carried to his rest, it all meant so much.

Thank you so much for your help in fixing my grandparents’ stone.

You truly have no idea how much this means to my mom and I. What a wonderful way to start this Spring Season.

Enjoy the ever warming weather.

Your services to me have been excellent, as my grandparents and great grandmother were cared for as well.  You have given me peace of mind that someday my family will be spared all the indecision and know that I have had my wishes honored, resting in a very beautiful, consecrated place with loved ones.

My family and I went to view the grave site of my husband, Daniel, over the Christmas holidays. The monument that you designed with my daughter and myself was perfect. It was exactly what we wanted.

Thank you for your expert guidance. Happy New Year!

We checked out the headstone and foundation and it was just as planned. We are pleased with the process and with the outcome, it looks both classy and understated, as we had hoped. Thank you, Jeff! 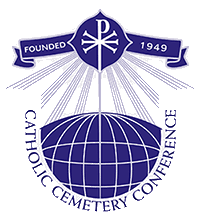 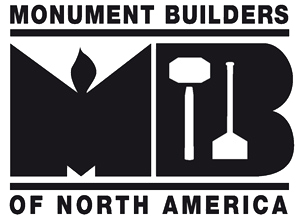